If you don’t know where you are going, you’ll end up someplace else.

One of the most critical factors in determining your ultimate success is that you know where you’re heading—where you want to end up. To do that, you need goals, realistic goals, short-term and long-term goals designed to get you where you want to go. They’ll act as your signposts, keeping you headed down the right road, in the right direction. And the sooner you set that direction, the less wandering around in circles you’re going to do. Like Wisconsin’s state motto, your goals will keep you moving—“forward.”

What are the benefits of a clearly defined goal? Well, there are many. First and foremost, it gives an external expression to your internal desires. It forces you to face who you are and what you really want. By voicing your goals or writing them down, you’re taking ownership of those goals and therefore feel a healthier obligation to pursue them.

Defining goals will also improve your outlook, as well as the outlook of everyone else involved. It’s a much more pleasant and positive atmosphere when everyone knows where they are headed and what needs to be done to get there.

There is a popular acronym used when talking about goals: S-M-A-R-T:

Have your goals well defined, detailed, and articulated, with clearly stated objectives.

You need to know how well you’re doing and how close you are to achieving your goal.

Is the objective realistic, given the circumstances and abilities?

Is there enough time to achieve the goal, but not so much time that it loses focus and energy? Is it relevant to you?

I like the S-M-A-R-T approach to setting goals—and I always like to build on that by saying that goals should also be C-L-E-A-R:

There should be a manageable number of goals that can be reached within the allotted time. AND there should be an allowance for freedom to create, think outside the box, and redirect the focus as required.

Goals change as new situations and new information arise, so don’t get stuck in a rut

of “this is the way we are going to do it, and we can’t deviate from that.” Embrace the

The goal must be within the talents of yourself or the group. If you work at it, it can be accomplished; you are not trying to run the first three-minute mile.

I’m a big fan of to-do lists. They keep me focused and on task, and they remind me of the priorities. Nothing gets done if it’s forgotten. You’ll also take more ownership once it’s written down.

* I was raised on the three R’s of—reading, writing, and ’rithmetic—so I feel I’m entitled. BUT . . . if you’re a purist, you can substitute Recorded. It’ll do the same thing.

From my world of theatre, working on a play is a vast undertaking. If you sit and think only of the final product, you might be overwhelmed by its immensity and want to give up before you even get started, telling yourself that this is never going to happen. If you go into rehearsal and just run the play repeatedly, you’ll never achieve an end product worthy of your time and effort. However, if you break the show down rehearsal by rehearsal, scene by scene, line by line, you’ll come away with a different feeling—a feeling that not only can you achieve your goal, but that you will achieve it. 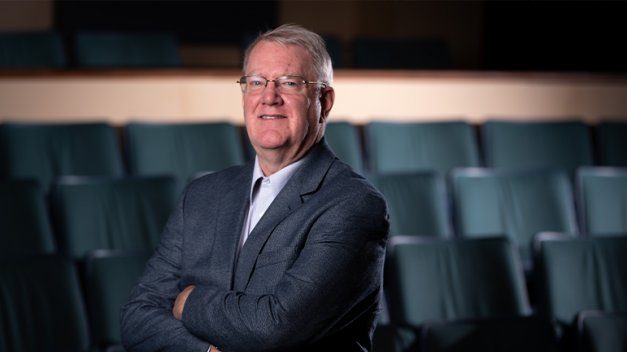