Dealing with objections is more than just giving them flowers.

My coaching client, Mark, was complaining to me about an incident with his wife that happened after he got back from work the previous evening.

“She was talking about a problem with one of her co-workers. Oh Darcy, it was so obvious what she needed to do! So I told her. And instead of being grateful, she stormed out of the kitchen. And she gave me the silent treatment all night. This seems to be happening a lot lately. What should I do?”

Mark and I had built a good relationship, so I decided to challenge him playfully.

“Well, Mark. This is actually really easy to fix. Just give your wife some flowers. It’s obvious!”

The challenges of listening well as a Realtor

It’s not always straightforward to listen intently to other people. Most of us know the basics of good listening:

But it’s often tempting to jump in with simplistic advice, like Mark did to his wife (and I did to him!). Or talk over the other person. Or interrupt with your own agenda—especially if you’re trying to sell a property and there’s money on the line.

So we don’t listen well. And we end up turning off the buyer—who is itching to make an offer.

The 3 levels of listening

During my coach training, I learned the three levels of listening. Let’s explore what they look like.

Picture the scene. You’re talking to a buyer who’s concerned the local area might be too noisy for her young family.

LEVEL 1: Focus on Self

The spotlight here is on your own feelings, concerns and judgments.

“Ah right, that reminds me of the apartment I used to rent back in the 90s. Those neighbors were so annoying—I could never sleep! I complained to the building manager and moved someplace else.”

LEVEL 2: Focus on Others

At this level, you’re concentrating intently on the other person’s words and tone, as well as their body language and non-verbal cues.

“Given that your kids are 2 and 5, I can understand that noise levels are a concern for you. I hear what you’re saying that your youngest can’t sleep when there are neighbors banging around upstairs. How did you deal with this issue in your last place?”

LEVEL 3: Focus on the Emotional Field

This expands the awareness to pay attention to the energy in the room. This allows you to access information by means of your intuition, that’s not directly observable at level 2.

“I can understand you’re worried about your kids not being able to sleep. I sense from your demanding nursing work that you’re nervous about not getting enough sleep yourself to function at your best! Would you like to take a look at another property in a quieter neighborhood?”

Take time to be Still before you listen to buyers

Building the ability to listen at levels 2 and 3 begins with Pausing to think for a moment about how you want to listen.

Absent taking time to be still and reflect on your listening style, it’s likely you’ll continue your default pattern. Now that may be well and good—or it may be like Mark!

So the next time a buyer raises an objection you think sounds a bit trite, try the following core workout:

Pause: Observe that you want to jump in with an easy solution. Resist the urge to do that.

Think: What level of listening are you in right now? Is this where you want to be?

Act: Do your best to listen deeply at levels 2 or 3, instead of providing a simplistic solution to the concern the buyer is raising.

As for Mark, he was eventually able to see that his wife needed him to listen actively, as opposed to fixing her problem. So the two of them developed a new ritual, in which Mark spends time listening to his wife over a beer when he gets back from work.  As a result, Mark’s no longer frustrated, and his wife no longer gives him the silent treatment. I’m so pleased for them both! 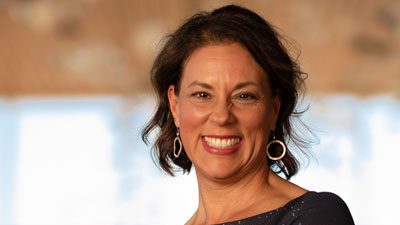 Darcy Luoma Coaching & Consulting fosters high-performing people and teams by clearing the hurdles that get in the way of achievement. We’ve been in business since 2013, working with more than five hundred organizations across forty-eight industries. Everything is grounded in our signature model, Thoughtfully FitⓇ, which was developed by Darcy Luoma after thousands of hours working with clients. Find out more about our approach at thoughtfullyfit.com.